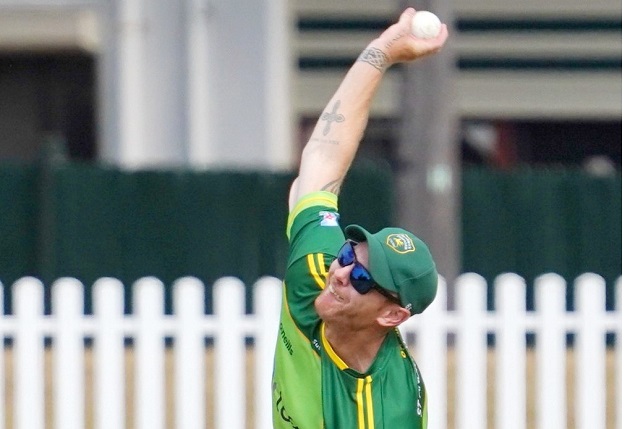 Almost 10 years to the day he captured his first hat-trick, veteran paceman Scott Coyte has replicated the feat to destroy UTS North Sydney and propel Randwick Petersham to a comfortable win in the opening round of the Kingsgrove Sports Twenty20 Cup.

The Bears were already in trouble at 5-108 heading into the final overs when Coyte completely destroyed their innings.

He started by dismissing top scorer Brent Atherton (59) and them saw off Jack James (4) and Mac Jenkins (0) with his next two balls to leave Norths a parlous 8-108.

Coyte picked up his fourth wicket in his final over to bowl the visitors out for 122, capping a stand-out performance in just his third game back following a three-year hiatus from cricket.

Randwick-Petersham had little trouble reaching Norths’ modest target, passing them four wickets down in the 19th over.

Coyte is the first player in the history of the T20 competition to collect two hat-tricks, adding to the hat-trick he picked up against Hawkesbury in November 2010.

He also claimed three consecutive wickets for the NSW Blues against Queensland in the 2010/11 Sheffield Shield season.

“The bowlers before me did a really good job so they went after me a little bit,” Coyte said of his latest hat-trick.

“I just got a bit lucky after that. It all fell into place.

With a top score of just 10, it’s fair to say Justin Mosca wasn’t considered the main danger in Sydney’s batting line-up heading into the season-opener against St George.

But that all changed in the space of 62 balls.

Mosca cut loose at the top of the order, creaming 11 fours and three sixes to celebrate his maiden T20 century.

His quickfire innings enabled the defending champions to reach 7-187 from their 20 overs.

Saints were never in the fight, bowled out for just 110 in the 18th over.

Gordon’s Tym Crawford has picked up where he left off last year.

The opener signed off last season with 113 against Fairfield-Liverpool in a limited overs match and started this season with 70 and 61 in Premier Cricket.

He has now followed that up with 101 in Gordon’s thrilling T20 victory over Eastern Suburbs.

Chasing 186 for victory, Easts took the game down to the last ball but fell just four runs short of a remarkable win. 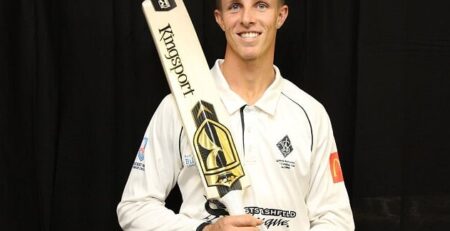 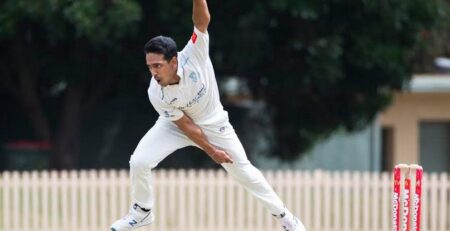 Blacktown Mounties, home of the Warriors, have been part of the Sydney Cricket Association (Sydney Grade Cricket) since the year 2002.